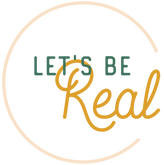 ​Sergeant Kylie Walters was born in Mount Gambier, South Australia. After attending her high school years as Navy Cadet at 17 enlisted into the Royal Australian Navy as an Officers Steward, she was posted to HMAS Cerberus and HMAS Coonawarra and completed five years full time service.
​
She enlisted into the Army Reserve on 5 September 2005 and was posted to the 9th Battalion, Royal Queensland Regiment. It was at this unit that she could see herself with an Army career and after completing 12 months of continuous full-time service joined the Australian Regular Army in 2008.

In 2008 Sergeant Walters enlisted into the Australian Regular Army and was posted to Headquarters 1st Division.  Sergeant Walters received the Soldiers Medallion, in recognition for exemplary service as the Movements Clerk in 2008. She deployed as personnel tracker with Deployable Joint Force Headquarters to Indonesia on a humanitarian task in October 2009 on Operation PADANG ASSIST.

In 2013 Sergeant Walters was posted to Army Personnel Administration Centre - North Queensland and played a key role in establishing this new unit. During her tenure she was deployed to Afghanistan on Operation SLIPPER in Kabul 633 - A Headquarters in the S1 cell. She received a Silver Commendation from Commander Joint Task Force 633 for excellent achievement and devotion to duty on Operation SLIPPER from August 2013 to April 2014.
Promoted to Sergeant in 2014 and posted to Combat Training Centre as the Orderly Room Sergeant where she currently works. Sergeant Walters has completed over thirteen years within her trade of Administration, has also taken on roles as Unit Photographer and Senior Equity Advisor.

In 2018 Sergeant Kylie Walters takes up the position as the Specialist Recruiter for Women in Defence. In this role she is mentoring candidates that are coming through the recruiting process for the North Queensland region.
​
Sergeant Walters partner David works within the mining industry and together they have three children Alicia, Connor, and Rohan. As David is a North Queensland boy the family loves living in Townsville and are huge supporters of the Cowboys.